This house was originally a smithy - a purpose-built establishment of a modest size. The remains of an old forge and anvils have been unearthed in the cellar. There are records of the smithy dating back as far as 1584 when it was owned by Winkler Pangratz. It changed hands many times, and in 1910, the grandparents of the present owners of the building moved in. Until 1880, the building was only single storey.

The occupant at that time, Gottlieb Schilcher, had the house made bigger and modernised. The various stages in the extension of the building can be seen in examining its structure. On the ground floor there are two doors in the stone "middle wall" . The right hand door is lower than the one on the left, indicating that it was built earlier. The steep set of stairs to the upper floor was not replaced until the present owners, who have been there since 1974, built a more spacious, better-lit stairwell. Here there is also a "Window into the past" with unplastered, intricate stone-masonry.

The whole house is stone-clad on the north side and wood panelled on the south side. The first floor is significantly taller than the ground floor. This upper storey was rented out until the 1940s as a self-contained dwelling. The charming veranda added to the appeal of this summer holiday home.The grandmother of the present owners often spoke of the "Ladies and Gentlemen" who stayed there for up to two months at a time in the summer. The owners and tenants developed good relationships. The structure of the building is under threat due to subsidance to the south side, and this led to plans for restauration being declined.

However, contrary to all advice given and refusal of financial support, Hans Reisenauer set to work. Under his own administration and largely with his own hands, Hans restored the building. The current building is the result of many hours of hard work and sheer determination. On the outside, Hans seeks to maintain local tradition, yet on the outside his craftsmanship is more contemporary as a sign that he is moving with the times and that he believes that tradition and modernity can exist side by side.

Whether or not he succeeds in bridging the gap between the past and the present, only time will tell. Hans Reisenauer 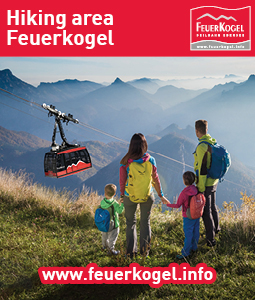